Note: “The Enemy” is comprised of many players in an established hierarchy. The masterminds are at the top of the pyramid, followed by their Operatives, greedy (treasonous) pawns and compromised (reluctant) “puppets.” Once we identify and understand The Enemy, the danger before us becomes evident.

About “The Enemy” facing the American people

Fact #1: The agenda of the masterminds has changed over the decades based on developments and circumstances. Who knew America would become so successful? Who knew Patriots would rally and stand together against them?

Fact #2: The various players within the hierarchy we call “The Enemy” have different motives. While some thirst for power, others seek fame. Although some are motivated by monetary gain, others cooperate to ward off exposure.

Fact #3: Although their motives are different, the actions of the various players are in alignment with the prevailing agenda. For example, Hillary Clinton was allowed to run a criminal enterprise because her activities compromised America, undermined the ethics of the people, and shattered any remaining illusion of truth and justice for all.

Fact #4: The Enemy is powerful only because it has infiltrated and holds key positions in government and society. However, they are few in comparison to the number of American citizens, albeit indoctrinated and blissfully unaware.

What is the New World Order?

Although the original motive of the foreign banking cartel was to turn a profit, the taking of America as well as its subsequent success made it possible to dominate the world. They call their plan the “New World Order.”

Note: The original 13 Colonies who declared their independence on July 4, 1776 did not have a grand plan to spread across America. However, after annexing the Republic of Texas in 1845, entertaining the possibility of becoming a substantive nation (from sea-to-shining-sea) became contagious (known as “Manifest Destiny”).

The term “New World Order” represents the establishment of a global government to rule all nations, including the United States of America. The New World Order government is to be totalitarian. Americans are to surrender the U.S. Constitution and give up their sovereignty. We THE PEOPLE will have no voice, no authority and no power of self-determination. Those in charge would be unelected, and the people would be subservient to them.

Who is behind the New World Order?

The international bankers who hijacked America were Operatives of The City of London, the British Crown and the Papacy in Rome. Through the establishment of “central banks” in key countries, these largely hidden forces quietly and unofficially control the money supply of the world.

How wealthy are the instigators of the New World Order?

Those who control the money supply of the world can literally add 0s to any bank account at will without accountability. As a result, collectively, they are worth many trillions of dollars, and thus the reason we refer to them as the “ultra elite.”

What can trillions of dollars buy?

Being so wealthy, the ultra elite own and control everything that matters through highly paid Operatives in government and society. Their propped-up “puppets” (Operatives) determine what the public sees and hears, and therefore thinks and believes.

The role of secret societies…

The recruiting and staffing power of the ultra elite resides in the secret societies as per the famous warning by president Kennedy in June, 1963.

The secret societies are satanic by their own admission. Through rituals and oaths, the satanic societies groom their members before placing them in the highest levels of government, the intelligence agencies, the news media, and the information and social networks. Their operatives head the 3-letter government agencies, the 6 corporate conglomerates, education, publishing, the largest charities, and the various entertainment industries.

Analysis: The New World Order agenda of infiltration, indoctrination, division, subversion and ultimately domination is administered by Operatives working for the ultra elite. Placed in government and society, and especially in the media disguised as “News,” they are allowed to make millions (even billions) for their cooperation.

The ultra elite, through their Operatives, are working to break America without destroying its infrastructure. Their plan is to absorb America in-tact but with THE PEOPLE under their control. The only thing standing in the way of the ultra elite and their New World Order are the Patriots in America.

Analysis: This is why they keep propping up the system rather than allow the dollar to collapse, and why they are working diligently to disarm the American people.

Preparing America for absorption into the New World Order…

The ultimate plan of the New World Order…

Analysis: Most books and movies about the future feature the New World Order. They portray massive depopulation through government-sponsored war, disease and genocide. The remaining citizens are unarmed and institutionalized, making them lethargic and obedient to the ruling class. If in doubt, read the books 1984 by George Orwell, A Brave New World by Aldous Huxley and Fahrenheit 451 by Ray Bradbury, or watch any movie that depicts a future world.

The enemy lurking in the shadows is more dangerous and evil than ever imagined!

The Patriot Revolution is about choosing our collective future!


The Pyramid of Control 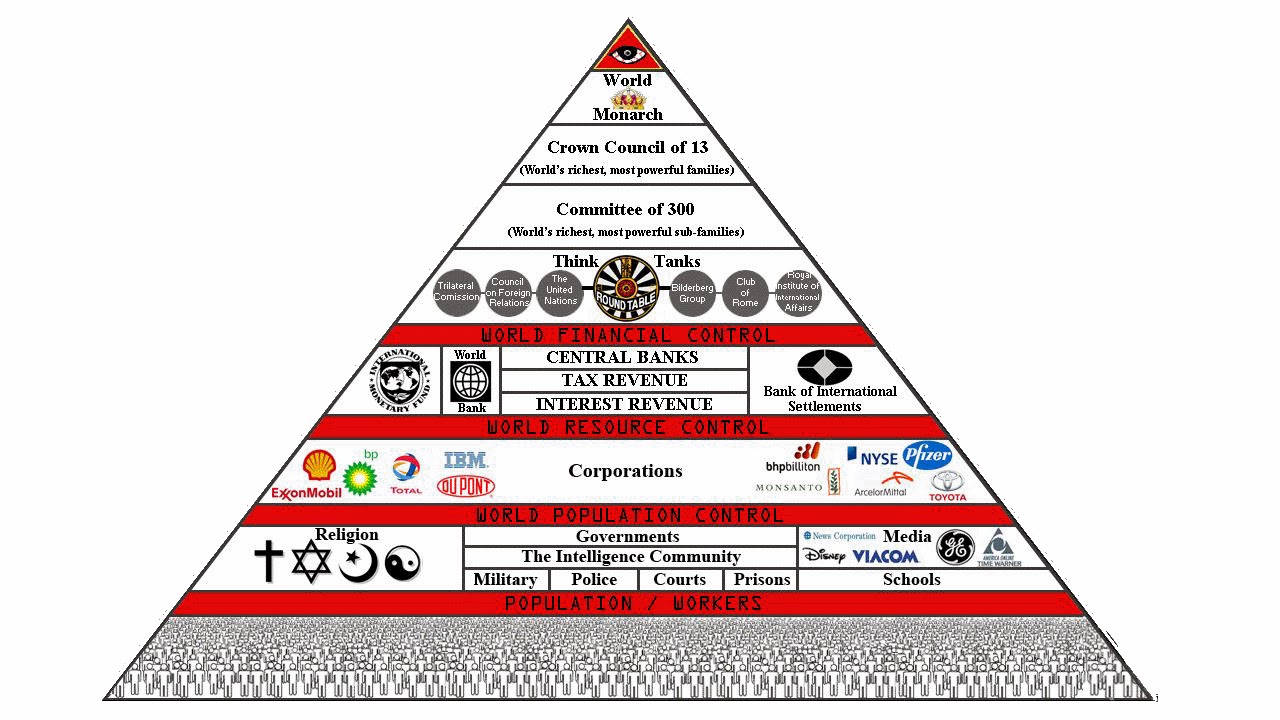 See the details of this video and comments here:
https://www.youtube.com/watch?v=FnkdfFAqsHA&t=46s?rel=0


Warning About the New World Order

See the details of this video and comments here:
https://www.youtube.com/watch?v=9X26MpTOwxU?rel=0